(Please check with your lawyer, ​COURT, PROBATION, OR STATE AGENCY REQUIRING THE CLASS to verify if the online course completion is right for you. CALIFORNIA, FLORIDA, NEW YORK, and TEXAS typically will not allow online courses for a A DUI REQUIREMENT. YOU WILL NEED PRIOR WRITTEN APPROVAL (FROM EITHER the COURT, PROBATION, STATE OR GOVERNMENTAL AGENCY) FOR ANY OTHER REQUIREMENT BEFORE REGISTERING FOR THESE ONLINE CLASSES. OTHER STATES MAY ALSO NOT ALLOW ONLINE CLASSES. YOU MUST GET PRIOR APPROVAL BEFORE ENROLLING.)


Offer code is valid on all courses. Copy and paste the above code in the “Offer Code” at checkout.

These Alcohol awareness online courses are for any legal, personal, health, employment or employment purposes.

Ashland County, Ohio DUI, OVI Education Class – Alcohol is the most commonly used substance abuse in the United States: Approximately 17.6 million people, or about one in every 12 people, suffer from alcohol abuse or alcohol dependence along with several million more who have binge drinking patterns that could lead to severe alcohol problems.

In many jurisdictions, a DUI, DWI charge occurs when the driver or operator of a motor vehicle has enough alcohol content in their blood that the driver has lost the use of their “normal mental and physical faculties”. This is defined by many standards as a B.A.C. (blood alcohol concentration) of .08.

According to the Center for Disease Control, every day, 28 people in the United States die in motor vehicle crashes that involve an alcohol-impaired driver. This is one death every 51 minutes. The annual cost of alcohol-related crashes totals more than
$44 billion.

More than half of all adults have family members who have a history of alcoholism or problem drinking, and more than 7 million children live in a household where at least one parent is dependent on or has abused alcohol on a regular basis.

Alcohol abuse and alcoholism can affect all aspects of a person’s life. Long-term alcohol use can cause serious health complications (heart, liver, and kidney failure just to name a few), can damage emotional stability, finances, career, and impact one’s family, friends and community.

Opiates are now the leading abused drug in the USA. Opiate based pain pills are the single greatest overdose medicines in American. Opiates such as Oxycontin, Percocet, Vicodin, Morphine, and Loratab are the leading cause of overdose deaths each year. Opiate are surprisingly easy to get. In fact, an estimated 210 million prescriptions for opiates were dispensed in 2010 alone. Frighteningly, prescription opiate drug abusers are far more likely to eventually develop a heroin addiction than a non-opiate abuser, as heroin will offer a similar high at a cheaper price.

Over time, excessive alcohol use, both in the form of heavy drinking or binge drinking, can lead to numerous health problems, chronic diseases, neurological impairments and social problems, including but not limited to: 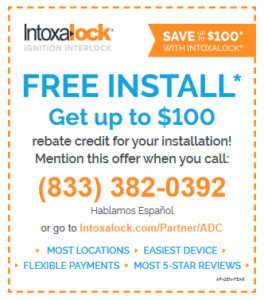 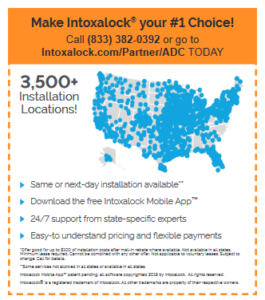 Minor In Possession of Alcohol or Drugs (MIP)

MIP Minor in Possession or Consumption of Alcohol

Parents: Don’t Send Your Student Off to College or High School Without it!

A Better Choice in a College/University Alcohol & Drug Awareness Course
Parents: You’ve already taken the huge step of seeing that your student has the best education possible. You can take another big step and check into this 4 or 8 Hour online Alcohol and Drug awareness course. It’s well worth the difference it can make in comparison to a minimal basic class.

Out of State, Non-Resident

Save Face and Take the Course Online

Teens and Under 21 Years of Age